The TrolMaster DCC-1 provides a simple solution to control a single device, with more than one condition. For example, people like to turn on their exhaust fans when either temp or humidity is too high; shut off CO2 when turn on exhaust fans. There are many other examples where two conditions can be either combined or split.

The DCC-1 can also be set to work in two distinct ways using the “Interlock” function.

INTERLOCK OFF: When the DCC-1 interlock is set to be off, EITHER condition that are associated with that pair of modules that are being used together can be activated individually for the device to be activated. (Modules used in “parallel”.)

INTERLOCK ON: When the DCC-1 Interlock is selected to be on, BOTH conditions that are associated with that pair of modules that are being used together must be activated TOGETHER in order for the device to be activated. (Modules used in “series”.)

Examples from above for interlock ON would be:
– Shut off a CO2 device when an exhaust fan is running
– Shut off lights if the temperature gets too warm within the area

TrolMaster Agro Instruments Co., Ltd. is an agriculture technology company, offering next generation environmental controllers in the horticultural market. We have deep roots in the horticulture and Controller industries and have invented a platform that is smart and connective. With an incredible flexibility, our platform is able to cover each individual grower’s needs, from the home hobbyist to large industrial facilities. Our platform offers remote access applications that enable our customers to manage every aspect of their grow facilities from anywhere anytime. We deliver automation, control, data collection, monitoring, and optimization. The upgradability of our systems also offers the value of continual improvements. We listen to growers, build products for growers…

There are no reviews yet.

Only logged in customers who have purchased this product may leave a review. 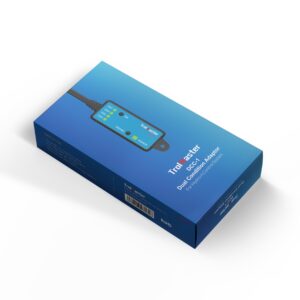 We are now available to ship orders! In-store pickup is also still available when placing an order. Dismiss